How Spirit Airlines Could Recover From Recent Negative PR, Media and Social Media

Spirit Airlines Demonstrates How One Customer Can Damage A Brand, And A Recommended Remedy

Chances are you’ve probably heard the story about Jerry Meekins the veteran, father and customer. What has transpired between this individual and this company demonstrates to all brands exactly how powerful one customer truly can be.

Jerry the dad purchased an airline ticket on Spirit Airlines to fly from Florida to New Jersey to assist his daughter after surgery. Two weeks later, Jerry received the news that his cancer was terminal and advised by his doctors not to fly.

Jerry the customer contacted Spirit Airlines to request a refund. Having not purchased the insurance, the airline has remained firm in their answer to Jerry’s request: NO. The request to transfer the ticket to his daughter to visit him at a later date was also denied. Although Jerry reported today that Spirit Airlines offered him a credit to fly at a later date in the future. Jerry reports that asked them, “what part of the future don’t you understand?” Jerry’s plight has been featured on television, blogs, social media and across the internet.

Jerry a veteran of the United States Marines, is one of countless millions who have put on a uniform, willing to fight for America. He has called for a boycott from his fellow veterans. Media coverage of his plight and request for boycott has resulted in the rally of countless active and retired veterans behind him willing to boycott the Spirit Airlines.

This morning, when offered the $200 cash from Steve Ducey on the morning TV show Fox and Friends, Jerry emotionally accepted the money, stating he would donate it to Wounded Warriors, a not for profit dedicated to supporting wounded soldiers and their families.

How Could Spirit Airlines Recover From This PR Debacle?

The bad press received around this one customer will be difficult to recover from. However, I have a very powerful suggestion for Spirit Airlines. If you agree, please join me in making the following suggestion…

I would venture to say that at very least, this gesture would show that Spirit Airlines has respect for Veterans and although they will not deviate from policy to issue a refund, they are willing to donate the funds generated from a ticket he will never use to the Wounded Warrior Project in his name. (and gain a tax deduction in the process since Wounded Warrior Project is a is a tax-exempt 501(C)(3) nonprofit organization). 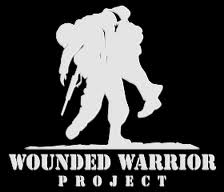 A small gesture that could have meaningful impact, and actually do some good…and generate a little good will between all parties.

What do you think?

Previous Post Your Personal Brand in the New Social Economy Next Post Will Your Brand Sustain the Test of Time in Any Light? 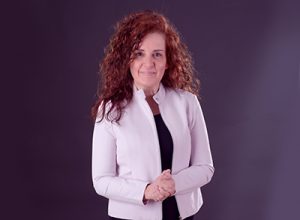