In what appears to be an unprecedented event, a failure in Amazon.com Web Services in “The Cloud” has caused widespread Internet outages, impacting social media sites Reddit, HootSuite, Quora and a Facebook App for Microsoft, to name a few. 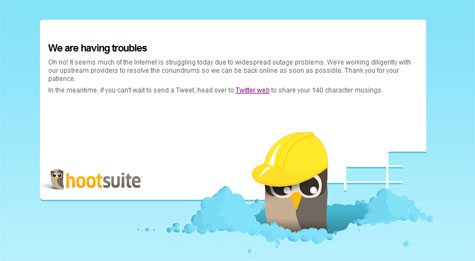 The internet outage began around 4AM Eastern Time on Thursday, April 21, 2011 and at 1:30PM Amazon reporting “making significant progress” but the social media sites remain down. The problems with Amazon’s US-East 1 Region Elastic Compute Cloud (EC2) which caused the outage has failed to provide hosting redundancy making various applications, including social media platforms unavailable to most, but not all users in this region of the US.

This internet failure could prompt evaluation of one service being the primary Cloud service provider to so many social media platforms and applications. After all, what good is a social network if your users can’t connect?

Let’s hope for a swift remedy and a fortified correction to enable access to the social media platforms we have come to rely upon.